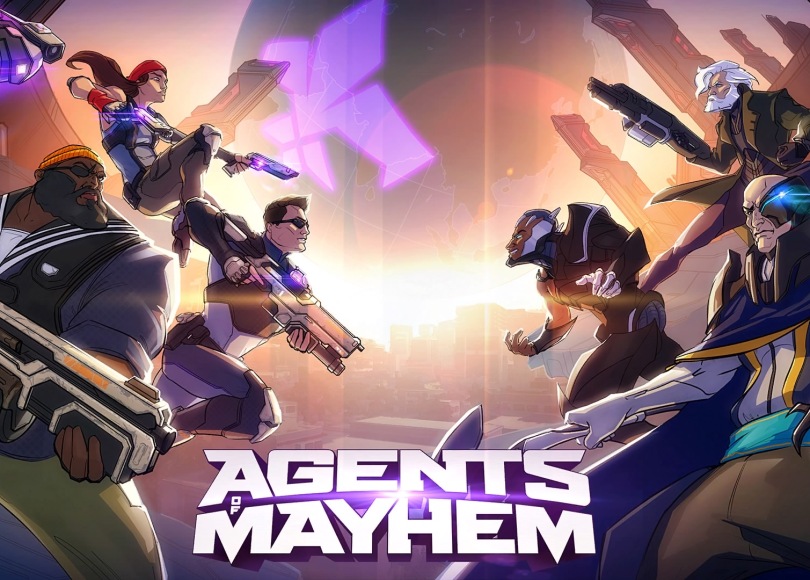 There are games that come along and seemingly get passed on because of numerous reasons. Agents of Mayhem appears to fit the bill of a game that people are missing out. There are critical reviews of this particular game but I don’t believe that they gave the game enough time to give it a fair review. Not all games are for everyone, I get that, but when harsh critical reviews complain about it being repetitive then that’s where I draw the line. I do believe that the most recent game of the year had its repetitive moments. But lets not get stuck on the negative and lets focus on the positive.

As a shoot ’em up game is concerned this is a fun filled game that will keep you busy for hours. There is open world and there is multiple side missions that will keep you entertained. This is a single-player paradise with many different characters to keep things fresh and played different throughout. Imagine pairing a modern Far Cry with Overwatch characters and this is, theoretically, what you would get.  Having a varying amount of characters keeps things from getting stale. You are surely going to find favorite characters and use them more than others but that’s okay, if you are completionist (like me) you will have to use all characters.

Each character has their own backstory and they, as they should, make sense to the overall story line. For the most part you will play as a collection of three characters throughout the game. When being introduced to a character you will be required to play as a lone wolf to familiarize yourself with each character. Playing as a trio is unique as you essentially have three lives to complete missions or to roam the open world. You could also view it as a way to access multiple avenues of the game as well.  Being able to use any combination of three characters can be a reward or a detriment. You could end up using three characters with similar skill sets, thus making certain missions difficult or impossible to complete.

Difficulty settings are not just as simple as easy, normal, and hard. It is broken down into levels of difficulty (1-15). The reason for this is to be able to reward players more or less depending on what difficulty they set. Want to breeze through the game, play the game on a 1 or 2 and receive less XP boost and less money to spend on upgrades. Play the game on 14 or 15 and receive massive amounts of XP and massive amounts of money. I like this as it seems to give a player more of an incentive to play a little more difficult than they normally would.

While other critic reviews don’t favor this game, I can honestly say that this game deserves your attention. It does share a similar art style to games like ‘Saints Row’ and that may be a bit off putting to some it definitely shouldn’t be a deal breaker. There are so many memorable moments throughout the game that there is no reason for me to name them all here. You need to get this game and experience it for yourself.

Help support this site, yourself and the game makers, by purchasing this game
from Amazon.